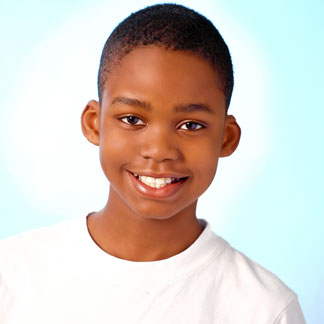 Our orhodontic office is located in the beautiful greater Reston and Herndon area in Fairfax County of the state of Virginia. Learn a bit more about where we live and work every day:

The town of Herndon, Virginia is in Fairfax County and is a suburb of Washington D.C. It has an estimated 24,000 residents. Herndon was established in 1858, and was named in honor of Naval Commander William Lewis Herndon, who was also an explorer and author.

If you are looking for culture, Herndon has many art centers, galleries, museums and a live theater. Water parks, plantation tours, hiking and biking trails and premier golf courses are just a few of the fun outdoor activities to do in Herndon. There are many public parks, and free summer concerts and music festivals are held in Herndon throughout the year.

Herndon has a subtropical climate, with hot summers and mild winters, which makes it an ideal place to visit. Spanning four square miles, this town has a lot of historic charm and character. It is listed on the National Register of Historic Places. The former train depot downtown has been converted into a museum and visitors center.

This part of Virginia is brimming with areas of interest to both travelers and locals. Herndon is just a two-hour drive from Shenandoah National Park in the scenic Blue Ridge Mountains. Visitors can go camping, sightseeing, fishing, hiking and horseback riding. The park also played a part in the Civil War, Confederate soldiers used the Blue Ridge Mountains to evade Union forces. The park also includes over one hundred miles of the Appalachian Trail.

Other places worthy of mention include nearby museums, especially the Udvar-Hazy Center, which is an annex of the Smithsonian National Air and Space Museum. Among the thousands of artifacts at the center visitors can see the space shuttle Discovery, as well as a NASA Pathfinder, which is a solar-powered aircraft, attend lectures and classes or watch a restoration in progress. There is an observation tower with unobstructed views of Washington Dulles International Airport, which is right next to the museum.

Herndon is part of the Dulles Technology Corridor, home to many well-known defense and technology centers, including Exelis, Amazon, Northrup Grumman and Boeing. As a result, the median household income in Herndon is well above average for the state.

Herndon’s sister city is an affluent part of England known as the Borough of Runnymede, just west of London. Runnymede is probably best known as the place where the Magna Carta was sealed in 1215 by King John. There is also a British memorial in Runnymede for U.S. President John F. Kennedy.

The planned community of Reston, in Fairfax County, has grown into a beautiful city that is a designated backyard wildlife habitat. Much of Reston is wooded, and there is an abundance of undeveloped land, with many streams, lakes and meadows. Quality of life has been the cornerstone in planning Reston’s development. This city has an estimated population of 60,000 and occupies 17 square miles. It is a short drive from Reston to Washington, D.C. and from Reston to Washington Dulles International Airport.

Reston has a humid subtropical climate. Winters are mild.

Reston has numerous indoor and outdoor facilities to take advantage of. There are many parks, walking paths, public swimming pools, tennis courts, four man-made lakes, a zoo and a public golf course, The Reston Community Center downtown has a theater, an indoor swimming pool, classrooms and other facilities for its members. The center also has a smaller branch Whether you are looking for a concert, live theater or live music, you can find it in Reston.

At Lake Anne Plaza you can rent a boat or kayak and explore the area. Lake Fairfax Park, which spans 476 acres, has a huge outdoor pool known as The Water Mine, and this park also has picnic and camping facilities. Also worth noting is the Old Dominion Trail, which is an asphalt path covering the former railroad tracks. It is 45 miles long, and is used by walkers, bicyclists and runners. The trail winds through most of Reston.

Another place to visit is the Vernon J. Walker Nature Education Center, which hosts festivals and other seasonal programs, and offers party facilities, summer camps for children, classes on the local flora and fauna, birdwatching and many other classes for both children and adults, led by trained naturalists.

At Wolf Trap National Park for the Performing Arts, which is just four miles from Reston, you can enjoy first-rate performances by musical groups, symphonies, ballet companies, opera companies and children’s theatrical productions. Wolf Trap is the summer residence of the National Symphony Orchestra, and it is also the venue where the Irish group known as Riverdance held its final performance.

The vibrant art scene in Reston can be enjoyed everywhere. Public art, including murals and sculptures, abounds and many initiatives have been sponsored by the Initiative for Public Art. The Greater Reston Art Center promotes contemporary visual arts through exhibits, classes and sponsorship of the Northern Virginia Fine Arts Festival.